What Should I Do If the Police Want to Question Me About a Crime they Suspect Me of Committing in Minnesota? 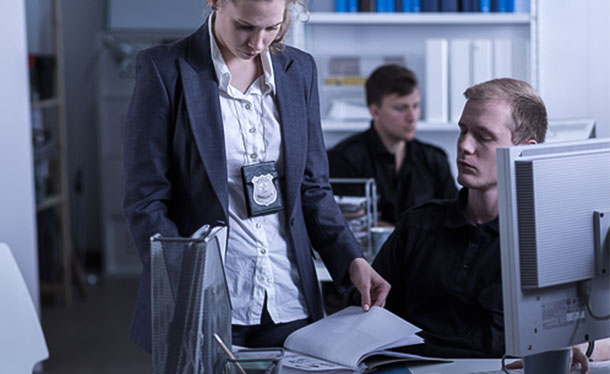 Being questioned by the police can be extremely nerve-wracking.

Many people believe that if you have nothing to hide, you should just cooperate with authorities all the way. But there is often doubt on how police handle questionings and interrogations, with regards to the rights of an individual. You want to cooperate, and at the same time, you don’t want to risk your freedom.

Many people think that by just talking with the police they can clear up the situation and the police will let it go, but in reality, police aren’t likely to drop a case simply because a suspect claims innocence.

If police approach you for questioning about a crime they suspect is connected to you, a competent defense attorney can help.

Do I Need to Speak to the Police When They Ask Me Questions?

If you are approached by the police, you are not required to answer law enforcement officers’ questions. You have the absolute Fifth Amendment right to remain silent and not incriminate yourself. Moreover, you should not talk with the police about a crime they suspect you of being a part of without first talking to a lawyer.

In short, it is wise to protect yourself by not talking with the police until you have spoken with an attorney.

Is Questioning the Same as Interrogation? Am I Free to Leave?

The terms “questioning,” “interview,” and “interrogation” do not have clear-cut distinctions from one another.

Generally, interrogation is done when a person is already in police custody, meaning the person has been restrained by cops and cannot voluntarily leave. The police are required to read the person’s Miranda Rights before asking questions while a person is in custody. If you are in this situation, don’t say anything until you have a lawyer.

On the other hand, some form of questioning can be done during a “voluntary encounter,” meaning the person being questioned is not held in custody and is free to leave whenever they wish. When cops approach you for this type of questioning, they might start by saying, “You are not under arrest; we just want to ask a few things.” However, they are not required to declare your Miranda Rights, nor do they have to wait until your attorney is present.

Note that even voluntary questioning may indicate that the police have found some form of connection between you and the crime. To protect yourself from self-incrimination, you can politely decline to answer their questions and then ask them outright if you are free to leave.

Is Staying Silent an Admission of Guilt?

If I do not talk with the police, won’t that make me look guilty?

This is a common question when it comes to police questioning. The answer is no, your silence cannot be used against you. A jury would not even consider it relevant.

Even if the police officer has not reminded you of your right to remain silent, that right still applies under the Fifth Amendment.

What if Police Call Instead of Talking Face-to-Face?

While not as common, phone questioning may also be conducted by the police. Likely, the telephone conversation is a “non-custodial environment,” meaning you are not being taken into custody. This means they might not remind you of your Miranda Rights.

Treat the phone conversation this the same way as face-to-face questioning. Calmly refuse to answer their questions. After the phone call, contact a lawyer to start securing your rights.

What if Police Threaten Me With a Subpoena?

A subpoena is an order for you to report to the court on a certain date. It is not a requirement for you to answer the police wherever they approach you. If an officer threatens to get a subpoena, or already has the document in front of you, you are still not obligated to answer their questioning right there and then.

Again, you can politely refuse to speak with them. Then, as soon as you can, call a lawyer to get help properly responding to your subpoena.

Can Investigators Record Our Conversation?

Minnesota law requires the full recording of interrogations if the person is in police custody. For this reason, the interrogation setting has to be in a police station or another place of detention where audio or video recording.

If you have not been taken into custody, there is still a possibility that your interactions are being legally recorded. For example, the officer may have a body camera or a dashcam filming. They do not have to tell you when such devices are recording.

If you are unsure how to deal with police questioning, don’t go at it alone, even if you believe you are innocent. It is easy to make mistakes that could cost you your freedom. The best thing to do is get the guidance of a criminal defense lawyer before you make any statement.

In Minnesota, Attorney Jeffrey Dean has a track record of successfully protecting the accused. He has quashed criminal allegations and obtained case dismissals and Not Guilty verdicts in complex cases.

If you’re facing a situation where you need a competent criminal defense attorney, call or message us today at (612) 305-4360.