What counts as domestic violence in Minnesota? 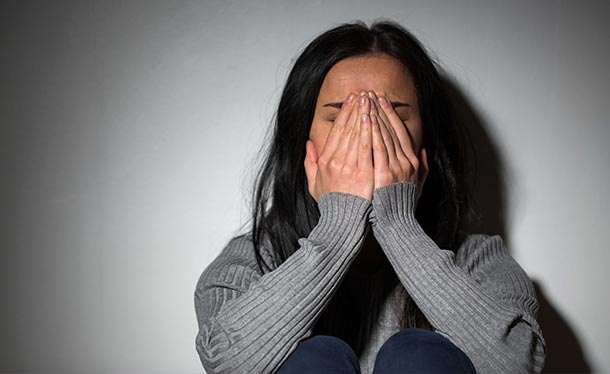 Domestic violence is defined as an act of inflicting or attempting to inflict bodily damage on a family or household member with the aim to inflict fear of bodily harm or death, according to Minnesota law.

Domestic violence includes threatening or physically harming someone by grabbing their arm, beating, kicking, or choking them. Domestic violence usually refers to violence between married or cohabiting couples, but it can also include aggression towards relatives and other household members.

Spouses, past spouses, parents and children, related individuals, people who live or have lived together, people in a meaningful or sexual relation, couples who have a child together, pregnant women and the reputed fathers of their children are all examples of family and household members.

Domestic assault is one of the most regularly investigated and prosecuted domestic violence crimes. Police and prosecutors must decide if the alleged perpetrator and victim are regarded as family or household members under the law while investigating, arresting, or charging for offenses involving physical injury, threats, or harassment. If this is the case, specific provisions and obligations are initiated in order to protect the alleged victim and avoid further harm.

Assault is defined in Minnesota law as:

A domestic violence victim can get an Order For Protection (OFP) by filing a petition in court. An OFP may order the alleged abuser to refrain from further abusive conduct, from entering the petitioner’s shared or separate residence, or from being within a reasonable distance of the home.

Based on the safety of the victim and the children, an OFP may also grant temporary custody of the parties’ minor children and set up temporary support (and may include holding back the income of the individual required to provide financial support).

During the proceedings for a domestic assault charge, the court may also issue a no-contact order forbidding the alleged wrongdoer from contacting the victim. A separate misdemeanor complaint may be filed if a no-contact order is violated. In court this is called a “Domestic Abuse No Contact Order” (DANCO).

Penalties for Domestic Assault in Minnesota

If you commit either of the following acts against a family or household member for the first time, you can be charged with misdemeanor Domestic Assault: (1) an act with the intent to cause direct physical injury or death in another; or (2) purposely causes or attempts to cause physical injury on another. The maximum penalty for a misdemeanor offense is 90 days imprisonment, a $1,000 fine, or both.

A person who has been convicted of a domestic violence-related offense within the ten years before the current offense will be accused of a gross misdemeanor. A person may be charged with a felony if they have two qualified convictions within ten years of their third offense.

If the alleged offender commits domestic assault by strangling the other person, he or she will be charged with Domestic Assault by Strangulation. This is a felony. Strangulation is defined as: intentionally impeding normal breathing or circulation of the blood by applying pressure on the neck or throat or by blocking the mouth or nose of another person. Strangulation is a crime that carries a term of not more than three years in jail or a fine of not more than $5,000, or both.

When a person is convicted of domestic assault, he will be prohibited from possessing a firearm for three years from the date of conviction. If there are no new convictions, he or she will be permitted to possess a firearm. However, if the court determines that a gun was used in connection with the domestic assault, the court will order forfeiture of any guns owned by the defendant. In this circumstance, the court may order that the defendant is prohibited from possessing a firearm for up to the rest of his life.

If you have been charged with a domestic violence crime or have been issued an OFP petition, you should contact criminal defense attorney Jeff Dean right away. Mr. Dean is a respected attorney with 26 years of experience. He has repeatedly saved people throughout Minnesota from the consequences of a domestic violence charge. To protect your future, call Jeff Dean today: 612-805-6916.